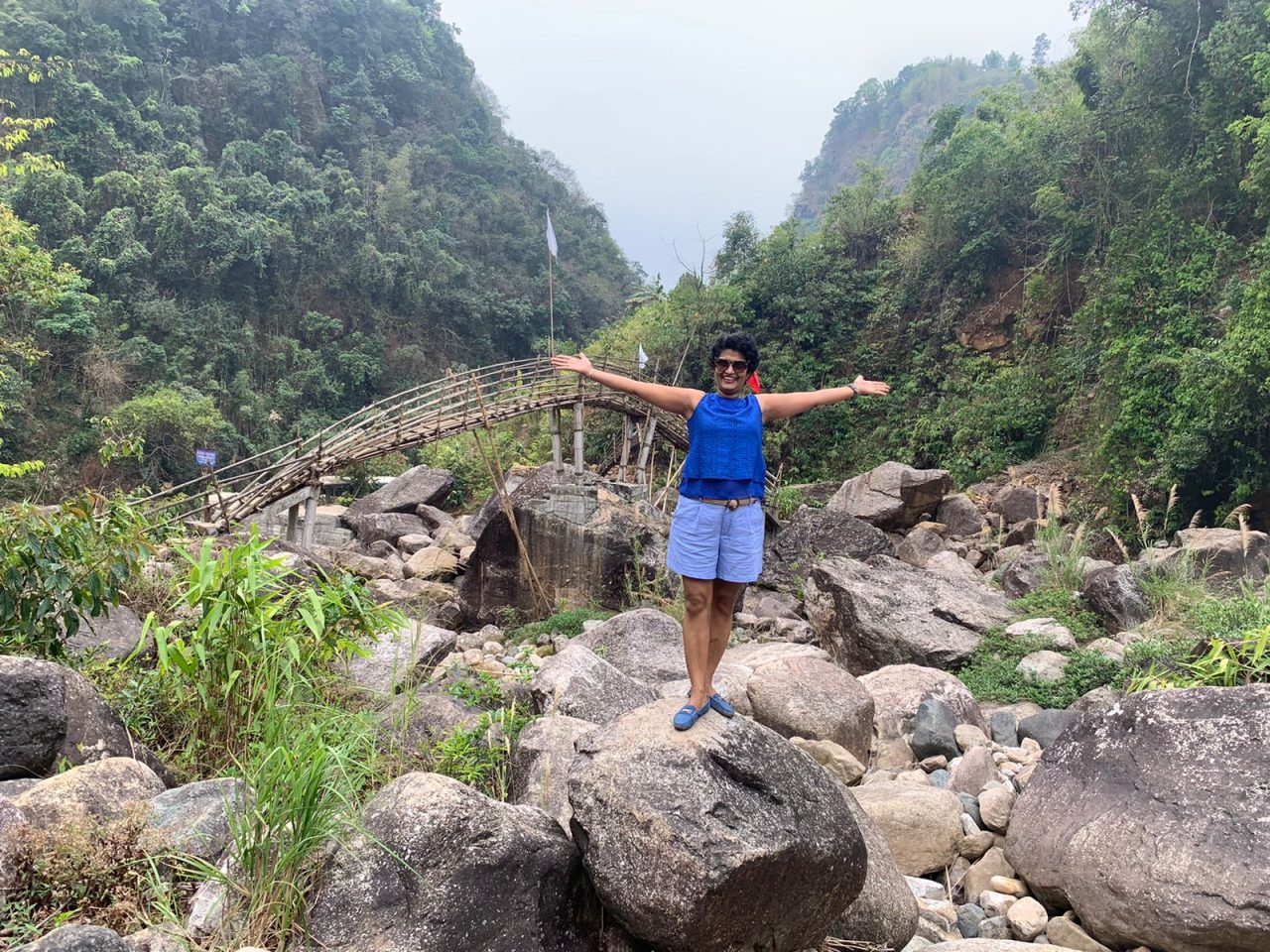 Six years ago, I underwent surgery for my spine. Before it materialised, I had lived with pain for almost 16 months. The pain would come on every time I got up from bed or from a chair and it would be only after a few deep breaths that I could walk. If I wanted to do better than that, I would have to pop a pain killer every now and then, to keep me functional. I continued to operate and carry on with my work as usual. My bag had very little else other than a plethora of analgesics, muscle relaxants and antacids.

The pain would squeeze my gluteal muscle on the left and travel down to the back of my thigh- Sciatica, it was. I tried every trick in the book to get rid of the pain but it stayed with a vehemence. Finally, after much coaxing from my husband, I got my first MRI done in August 2015. There was a posterior prolapse at L4-5 impinging on the nerve roots and also got a soft signal that surgery seemed to be the likely answer. I was not ready. Spine was a worrisome point for me and the stories of things going wrong were uppermost in my mind than the success stories. Quite the layman’s perspective but I stuck it out for 6 more months.

On a Sunday morning, when I was trying to get off the bed, I could not. The pain had got a vice like grip on my back and every movement I made, had me in a sweat. After a couple of analgesics, I managed to get up and my decision was made. A repeat MRI showed that there was a slight worsening of the prolapse. I met up with Dr Bipin Walia at Max Saket the next day, on the recommendation of my friend who had had similar surgery and had recovered well. He saw me and was certain that only surgery would help me. I went under the knife 4 days later and a minimally invasive Microdiscectomy was done. My life changed. And I was back to work in 2 weeks time.

With all this pain and then the surgery, my mind would go back to the question, Can I do all that everyone else does? I love to walk, run, climb, dance and wear stilettos. I did all of that after a few months of surgery but I was not sure if my back could hold the rigor of a trek. I am writing from Meghalaya and I did one of the most arduous but also the most scenic and awe inspiring Bamboo Bridge trek on the Khasi Hills, yesterday. It took me three hours to complete it. I was, besides myself with joy, as my back held up well. I had scaled the barrier of my mind which had held me back. This is certainly one of those things that one lives for!

previousDAY OUT WITH THE CHAMPIONS